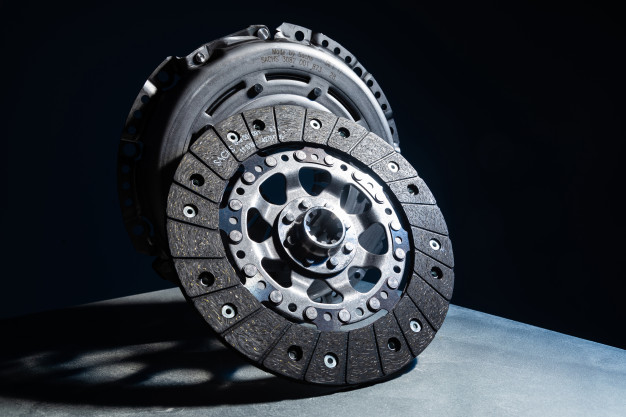 A clutch burned out situation is not uncommon for novice car enthusiasts. If misused, this unit can be disabled in just a few hours, and the machine will be immobilized. Sometimes the breakdown is caused by poor road conditions or normal wear and tear.

In any case, in this situation, it is important to know both the consequences of driving on a burnt clutch and the rules for starting the movement because it will be impossible to start as usual. Our article will tell you what to do if the clutch burns out, how to move on, and what experienced motorists say about this situation.

If the clutch on your car has burned out, it means that the car has experienced increased loads. This happened for the following reasons: you drive aggressively or get underway incorrectly when going uphill, towing a heavy trailer.

How does the mechanism overheat? You press the gas pedal, the engine speed increases, but the clutch discs do not close: there is increased friction and overheating of the unit. Even if the temperature has only increased a few times, the clutch will not function properly.

To make it clearer, let’s consider a domestically produced GAZelle car. As a result of the fact that the car is overloaded, it cannot move, the engine stalls. In this case, the motorist presses the gas pedal to raise the speed to 4000-5000 and then smoothly releases the clutch pedal while it does not close completely. Because of this, the spinning disc crashes into the paired flywheel and, like a sander, spoils the mechanism.

The same thing happens with vehicles towing a trailer. Because of the heavy load, the car brakes, and if the motorist has little driving experience, he does not release the clutch pedal to the end so that the car does not stall. At the same time, it gets underway at high speeds. The disks are not closed and are scrolling.

What to do to prevent the clutch from burning out? For this, it is important to know the permissible trailer weight. According to the Road Traffic Regulations, the weight of the vehicle towing the load must be greater than or equal to the trailer’s mass. Otherwise, the clutch may fail.

You may notice that the clutch burned out after trying to drive out of deep snow or mud. When the car gets stuck, you don’t need to push hard on the gas. The optimal indicator is when the engine is spun up to 1500-2000 rpm. Otherwise, the internal combustion engine will reach the peak torque. And if the car gets stuck, all the traction is transferred to the freely rotating wheels. Slip will occur, resulting in an increased load on the clutch as well as on the gearbox.

How do you proceed to maintain traction if you get stuck? In this case, you do not need to slip; try to rock the car. When there is a small hook on the wheels, it will be possible to move the car forward a little. After that, you need to turn on the reverse speed and drive back. As a result of these actions, you will be able to rock the car quite strongly; due to the resonance, the vehicle will easily get out of the mud.

Signs of a burnt clutch

How to understand that the clutch burned out? Pay attention to the smell. If you feel that you smell like smoke, it means that the driven disk is scrolling and rubs against the flywheel with great force. This happens because the friction linings overheat due to the frictional force. If the load is increased, the unpleasant smell will be felt for a long time. In this case, the fumes will flow into the car interior, and you will feel its smell without even leaving the car. Therefore, even a beginner can understand that the clutch has burned out.

Note! In some situations, the clutch slips, and there is no smell of burning. In this case, you will notice that the car cannot pick up speed. The reason is that the flywheel transmits torque, but it does not go to the driven disc. This happens because it is completely worn out and cannot catch on the flywheel. Likewise, it is determined that the clutch has failed on a motorcycle.

When the friction pads are completely worn out, the symptoms will be different. How to understand that the clutch disc is burnt out:

Methods of driving with a burnt-out clutch

If the clutch burns out, how do I get to the service centre? If you have a car with automatic transmission, you will have to call the evacuation service. The electronics will block the mechanism, and you will not be able to drive.

What to do if a manual transmission is installed on the car and the clutch burns out? To start from a place without slipping the disc, the torque must be as low as possible. Due to the gear ratios at the first speed, this will not work. When the first gear is engaged, the car will not move. This means that you need to turn on the second or third gear.

This will allow you to reduce the friction force, the disc will not slip, and the car will keep going. In some cases, it is required to engage an overdrive. Just turn up the revs and then change the speed. However, it will only be possible to switch to low gear with the help of rebasing. Therefore, we turn on the lever to the “N” position, increase the revs to 3000, then turn on the second speed.

Consequences and repair of a burnt clutch

What happens if you drive a car after the clutch burns out? If the friction lining is on, the flywheel is the first to fail. It’s uneven overheating occurs. As a result, one part of the mechanism will be too hard compared to the other, which will lead to its deformation.

As the working surface becomes uneven, the contact area will decrease. This will cause the disc to slip frequently. The friction linings will not snag and burn.

Due to friction when scrolling the disc, its overheating will become even greater. The flywheel will become blue and crack if not repaired.

Important! It will be possible to notice blue spots only if the gearbox is dismantled.

If the clutch burns out, what to do to reduce the negative consequences? First of all, when a specific burning smell appears and if the car starts to move in jerks, it is necessary to go to a car service as soon as possible.

You cannot drive a car in this state. Otherwise, you will have to replace the clutch, as well as the flywheel. If the mechanism is single-mass with a simple design, you’re in luck. But on cars like Volkswagen, Audi, Honda, dual-mass flywheels are installed, the price of a new element is quite high.

It will take a lot of time and effort to repair the clutch. To do this, dismantle the engine and gearbox, then replace the disks. This work can only be done at a service station. In most cases, simply changing the friction linings is sufficient. If there is play in the damper springs on the clutch driven disc, a completely new assembly will have to be installed. As a result of work in an increased temperature regime, the fork and bearings become unusable, the cost of which is also high.

To prevent the clutch from burning out, follow these guidelines when driving a car: