What is the high pitched noise coming from my car? 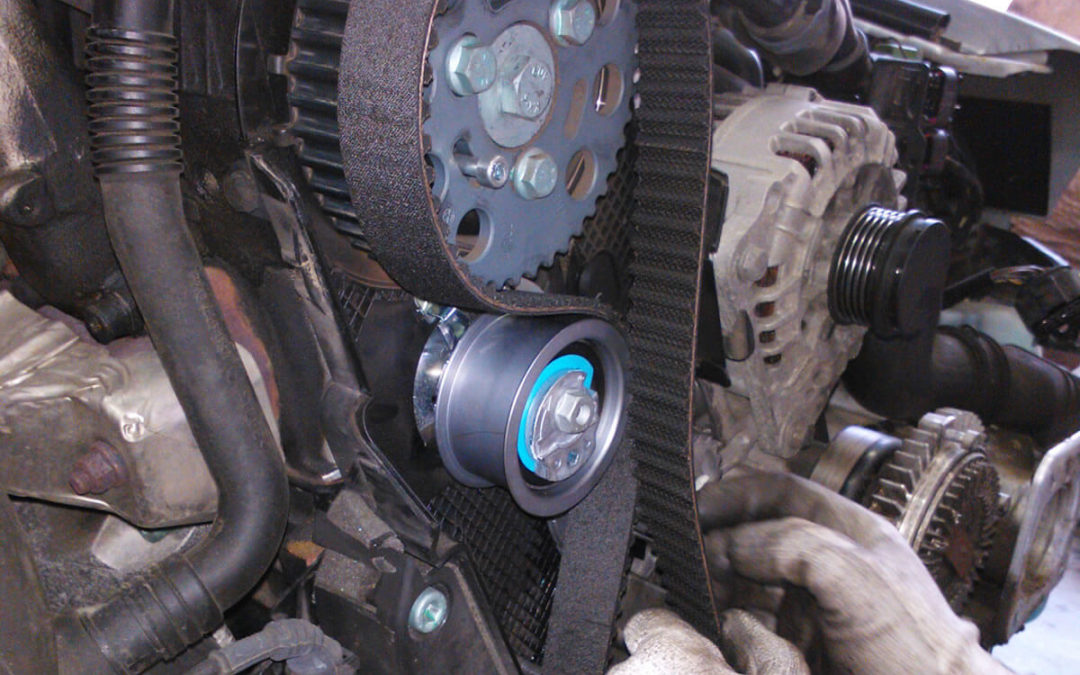 It’s very likely that it’s your vehicle’s timing belt. This article will describe the reason and help you solve the issue.

Any car needs regular maintenance. When a malfunction occurs, extraneous noise may occur, indicating a particular breakdown. In our today’s article, we will figure out why the timing belt whistles, what this can lead to and how to fix the problem.

The internal combustion engine is equipped with a fuel distribution mechanism. Its task is to fill the cylinders with a fuel mixture in time, as well as remove gases from them. To do this, the valve timing mechanism opens and closes at the right time the intake and exhaust valves, which are on all engine cylinders. The camshaft is also involved in the work, it regulates the operation of the valves. The fuel distribution mechanism on all cars consists of the above elements.

The camshaft operation is possible if the crankshaft transfers torque to it. This requires a drive. It consists of pulleys located on the camshaft and crankshaft and a belt with which the pulleys are connected. This is the timing belt. 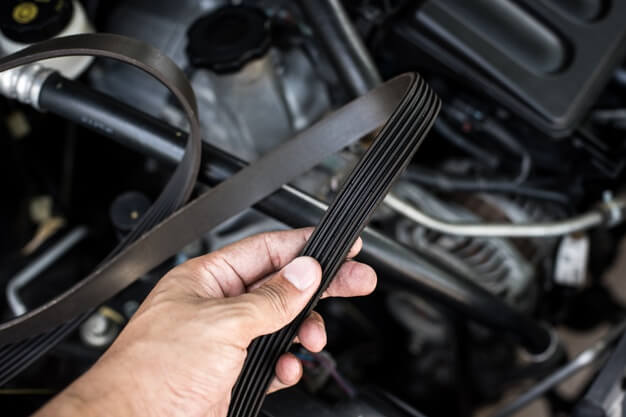 That is, thanks to this detail, the operation of the camshaft and crankshaft occurs synchronously. In addition, in some modern internal combustion engines, the timing belt drives the water pump.

Typically, ICE manufacturers place timing belts between the radiator and the engine block, at the front of the engine compartment. On some car models, you will see the timing strap as soon as you lift the hood. But sometimes it is covered with a casing. One way or another, finding this part will be easy.

What does a timing strap look like? It is designed as a closed rim. There are teeth on its inner surface.

Note! There are no straps on sale that will fit any car. Different timing belts are available for different engines.

What can this part be made of? Previously, they were made from rubber with a textile cord. Modern parts are made of heavy-duty fiberglass, as well as polymer compounds that are not afraid of temperature extremes.

Of course, the timing chain is still tighter than the strap. But modern timing belts are resistant to wear and tear, durable, their service life is quite long. However, it is not uncommon for this part to become unusable earlier than the specified time or when it breaks.

To keep the car always on the move, it is necessary to monitor the condition of the main components. You can find out that a breakdown has occurred by the extraneous noise that occurs in certain situations. For example, you will immediately understand that the timing belt whistles and the machine is faulty.

The main reasons why the timing belt whistles

The reason why the timing belt whistles when the engine is started is seen by car owners in the low quality of parts. However, the whistle may not appear due to the fact that the spare part has become unusable. There are many factors that affect the functioning of the fuel distribution mechanism. Therefore, do not rush to immediately go to the car shop for a new strap. After all, there are 4 main reasons why the timing belt whistles:

1. The strap whistles because it is worn out.

Belt (or tensioner) wear is the most common factor causing it to whistle. Due to the fact that the teeth are erased, they slip along the surface of the pulleys.

In this case, the strap whistles quite strongly. Experts advise immediately install a new part – otherwise, the belt may break. If it is not possible to replace the strap, increase the tension. This will temporarily stop whistling. Even if the extraneous sounds are gone, you need to visit a car service as soon as possible or replace this part yourself.

2. The timing belt whistles because liquid has spilled on it.

Even if the timing belt is working properly, but the liquid has got on it, it will whistle. In this case, many car owners decide that the part is faulty. There are several reasons why the timing belt whistles: antifreeze, engine oil can get on it. This usually happens with old cars.

If the timing belt whistles, make sure that all connections and connecting hoses are intact. Most likely, engine oil or antifreeze is leaking.

However, a leak can happen not only in the lubrication or cooling system of a car. It is not uncommon for brake fluid to get onto the timing belt strap. Sometimes it even leaks onto the pulleys. If the disc is covered with brake fluid, clean it immediately, otherwise, the timing mechanism will not work properly.

Car owners sometimes do not understand why the timing belt whistles on a cold one. The person turns the ignition key and hears a loud whistle. Any motorist at this moment thinks of only one thing: they will have to do an expensive overhaul of the car.

This happens because the part slips. Fix this problem as soon as possible. After all, otherwise, the teeth of the strap will become unusable.

The unwinding of the generator pulley occurs to the values ​​set by the manufacturer. This is possible due to the fact that the torque of the crankshaft is large enough.

Why does the timing belt whistle on a cold one? Extraneous noise and vibration can occur for the following reasons:

The installed parts should be inspected to find a problem. For some reason, some car owners, when replacing engine units, choose inexpensive analogs, and not original spare parts. The service life of such parts is short; they can fail when you are out of town or while traveling. In order not to be in a similar situation and to avoid expensive repairs, experienced craftsmen recommend purchasing original parts from a reliable manufacturer. The machine will work properly only if the installed parts are of good quality.

What to do if the timing belt makes a whining sound

After you have found out why the timing belt whistles (for example, due to the fact that the part is of poor quality or worn out), what should be the next steps? We’ll have to install a new part.

We will not dwell on the replacement technology in detail. The fact is that this process will proceed differently for different cars.

But what if the timing belt whistles after being replaced and why might this happen? Understanding.

1. The first reason is to leak.

It will be easier to figure out why the timing belt whistles after replacement if you find a leak of oil, antifreeze, or brake fluid. In any case, you will have to eliminate the leak, which is usually localized in the following places:

2. The second reason is weak tension.

Why does the timing belt whistle after replacement? This may be because it is not tight enough. Therefore, first of all, make sure that the tension is sufficient. Then check for a whistling sound from the alternator strap. To do this, press on it, if it bends 1–1.5 cm with an effort of 10 kg, then everything is in order. Then we proceed to check the timing belt. Normally, it turns 90 degrees if you apply a force of 1-2 kg. Alternatively, a tensioner can be purchased to set the correct value.

Sometimes the timing roller, the pump whistles. We recommend replacing the specified parts. Do not delay the repair, you need to install new parts to eliminate the whistle.