How Many Months Should You Wait to Change Your Oil? 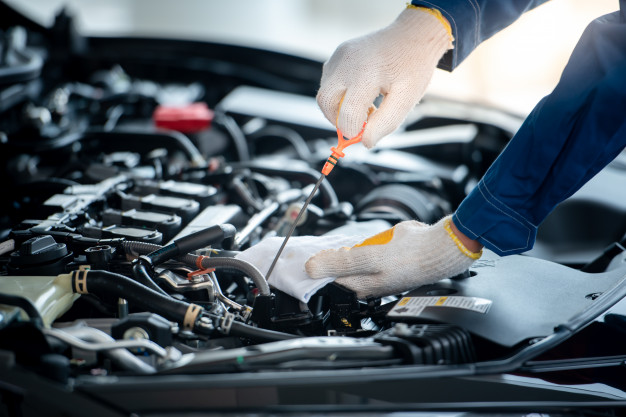 How long does it take to change the engine oil? This is not an idle question. The fact is that many car owners do not trust the information provided by the vehicle manufacturer too much. And in many cases, they do it quite right.

Sometimes, if you follow the recommendations voiced in the instructions without hesitation, you can “get paid”. The frequency of changing the engine oil depends on the operating conditions of the machine, its technical condition, mileage and many other factors.

Why does engine oil need to be changed regularly?

Will your car be in trouble if the engine oil is not changed for a long time? To get a complete picture of this, you need to understand first why it is used at all and why it is so significant. Engine oil consists of “base” and additives that protect the parts of the car engine.

When the machine is actively used and is just standing, the additives are chemically attacked. The more the car is in motion, the sooner they collapse. Deposits form in the engine, oxidative reactions take place with individual components of the lubricant, the viscosity and the pH-acidity ratio of the latter change. All these factors indicate the need to change the oil at least once a year.

Often the manufacturers of cars and their components themselves give recommendations on how much to change the engine oil. Its service life is determined not by the mileage of the car, but by the period of its operation and is calculated in months.

When the load is increased, the described negative processes in the engine oil are accelerated. High temperatures especially contribute to this. However, manufacturers are constantly working to improve the production technology and the chemical composition of engine oils. As a result, the improved product of their work can cope with pollution and elevated temperatures.

There are several negative results of an untimely oil change:

The listed defects are most typical for city cars. It is known that it is in such operating conditions – with regular traffic jams and other disadvantages of trips around the city – the engine wears out faster.

How long does it take to change the engine oil in reality?

Engine oil goes through three stages during its use.

Transitions to a new (worse) state allow you to determine how many kilometers it needs to be changed when driving a car both in the city and on the highway:

Any car has an individual period for replacing the lubricant in the engine. The period of its service is proportional to the operating conditions of a particular vehicle. For example, a weekend car is mainly used for long distances. If the operation of the engine is satisfactory, change the oil in accordance with the recommendations of the service book.

It is important to know that even a car that has stood for a year with a new lubricant or has driven short distances needs an oil change. The fact is that its chemical composition changes from downtime.

Driving a car in traffic jams causes irreparable damage to the emulsion placed in the crankcase. It deteriorates due to the ingestion of unburned fuel and crankcase gases. Also, the container does not have time to cool down to the proper level. All this creates conditions for the oxidation of the composition – a phenomenon, frankly speaking, destructive. We add that at low revs, the lubricating conditions of the CPG are reduced. As a result, all wear products will enter the crankcase.

A car in a large metropolis usually covers no more than 20-30 km per day at an average speed of 20 km / h. Note that when the power plant is operated without interruption for several hours, black carbon deposits form on the candles and in the combustion chamber. It is clear that in 3-4 hours on an open track you can cover an incomparably greater distance than in traffic jams. 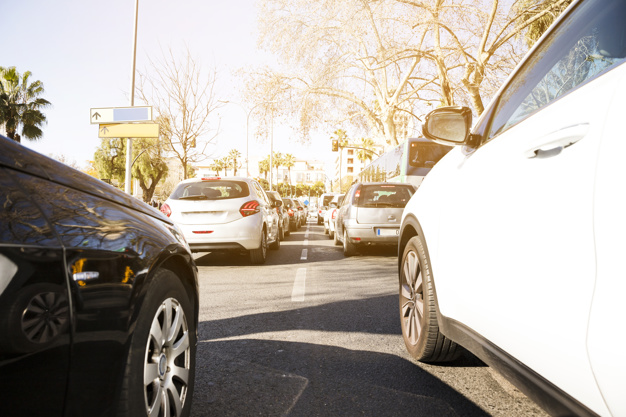 Under such conditions, relying only on the odometer readings is simply dangerous: the emulsion will not withstand 15,000 km. It is necessary to change the engine oil according to the mileage on the roads of the metropolis. That is, the computer readings should be divided by 2.5-3. In this case, it is possible to keep the engine working for a longer period.

Modern cars are often equipped with ECUs that regularly check when the emulsion needs to be changed. The final decision is calculated based on an empirical methodology. The calculations are based on the following data – the average number of revolutions, the temperature of the engine oil itself and the engine, the number of cold starts made, the most typical speed mode, etc. The computer also takes into account the permissible errors. Based on this, we can say that the result of the calculation when it is necessary to change the oil in the engine will still be approximate.

It is not uncommon for our car dealerships to sell low-quality and fake engine oils. And at domestic gas stations and fuel very often does not meet high standards. Therefore, knowing all the subtleties of modern realities, it is advisable for the car owner to adjust the frequency of engine oil changes.

How long does it take to change the engine oil based on the calculation of engine hours?

It is optimal to determine the time for changing the engine lubricant by operating hours. In practice, it is difficult to convert kilometers into engine hours and based on this result it is difficult to obtain a reliable answer. Let us consider in detail two methods of calculating how much to change the engine oil – synthetics and not only. Your car must be equipped with an ECU to determine the average speed and calculate the gas mileage per thousand kilometers traveled. Moreover, with a greater mileage, the calculations will be more accurate.

The first method is timing based on speed. The initial data are the average speed of the car over the last thousand kilometers and the manufacturer’s recommendations, after which mileage mark to change the emulsion. For example, before changing the oil, the accumulated mileage was 15,000 km, and the average speed within the metropolitan area was 29.5 km / h. To determine the number of engine hours, you need, as we remember from the school curriculum, to divide the distance traveled by the speed. The expression for calculation will look like this:

Thus, we determined that taking into account these conditions, a product with a resource of 508 engine hours should be used to renew engine oil. However, automakers are not currently offering such formulations.

Below is a table of various types of engine oils with the corresponding values ​​of engine hours according to API (American Petroleum Institute):

Let’s say a vehicle uses SM / SN class engine oil with a working life of 350 hours. To calculate the vehicle’s mileage, we multiply these 350 hours by an average speed of 29.5 km / h. As a result, 10,325 km will come out. It is easy to see that the final value is very different from that indicated by the manufacturer. And if we take the average speed of 21.5 km / h (which will be closer to the truth in the conditions of overcoming city traffic jams), then the result of multiplying by 350 engine hours will be as follows: 7 525 km of run. That is, the mileage specified by the manufacturer has to be reduced by 1.5–2 times.

The second method is based on accounting for consumed gasoline. The following data are taken into account: the amount of fuel consumed by the car per 100 km according to the passport, and its real value. It is taken from the ECU mentioned above. Suppose, according to the data in the passport, the car “eats” 8 liters per 100 km, but in practice – 10.6 liters per 100 km. The mileage, which determines the replacement period, remains the same – 15,000 km.

Let’s compose an expression for calculation and determine how much the engine will theoretically “take” fuel for 15,000 km:

Let’s make the following calculations for the actual readings:

Next, we calculate at what distance the oil should actually be changed (that is, how many kilometers the “iron horse” will overcome on theoretical 1200 liters of fuel).

But the simplest and most obvious way is to visually inspect the condition of the engine oil. To do this, do not be lazy to periodically check whether it has thickened or burnt.

Its condition is checked visually. If the engine oil drains off the dipstick like water, then this is a clear sign that it needs to be changed urgently.

Another “popular” method of checking is by spreading the composition on a napkin. Very thin engine oil forms a large stain. This is also an indicator that it should be changed. Do not delay a visit to a car service or replace yourself!

How many kilometers to change engine oil: opinions of car owners