Our organization present a full array of second-hand Volkswagen Polo Vivo spares and replacement parts traveling on the SA roads. Regardless of whether you require engine parts, gearboxes, turbos or body parts, our friendly sales team will be thankful to help you!

About The Polo Vivo 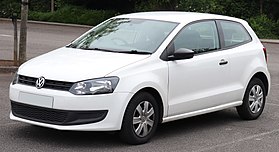 In 2010, Volkswagen South Africa replaced the legendary Citi Golf with the Polo Vivo, which in turn was based on the fourth-generation Polo.

The new sixth-generation Polo and the Polo Vivo (The fifth-generation Polo) are the only models in the B-segment of the South African car market, which is manufactured locally and the popularity of these two models is due to affordability, build quality, safety, space, and convenience. It is also one of the cheapest cars to keep on the road over a period of three years.

Unlike the previous Polo Vivo series, the new model will only be available as a hatchback. The new Vivo is in a styling and technical respect actually a further development of the fifth-generation Polo. Especially when one considers the new management tools, new information and entertainment systems, and the addition of a TSI engine to the range.

Although the instrument panel is new, it is designed to reflect Volkswagen’s design direction. The information and entertainment system is easy to use and ideally placed. The Highline and GT get six speakers instead of four and a touch screen that allows access to the driver’s cell phone applications.

The entire range is equipped with a rear seat that folds into one piece and is not divided. With the seat upright, the trunk can provide 280 liters of luggage space and with the seat folded flat, it holds 952 liters.

There are four engines available in the Polo Vivo range. The Trendline is equipped with the entry-level version of the 1.4-liter four-cylinder engine. This engine delivers 55 kW at 4,800 rpm and has a torque of 130 Nm at 3,750 rpm. The average fuel consumption of this model is 5.7 liters per 100 km.

The Comfortline is available in two versions. The 1.4 manual model delivers 63 kW at 5,000 rpm and 132 Nm at 3,750 rpm. The 1.6-liter model’s engine delivers 77 kW and 153 Nm at 3,800 rpm. This model is only available with a Tiptronic gearbox. The other model with this engine is the Highline, which has a six-speed manual gearbox as standard equipment.

The big news, however, is the launch of the 1.0 TSI engine in the top model of the Vivo series, the GT. This turbocharged three-cylinder engine delivers 81 kW and 200 Nm at 2,000 rpm. Despite the GT’s high performance, its average fuel consumption is only 4.6 liters per 100 km. The Vivo GT only comes with a six-speed manual transmission.

The Comfortline models add the following features: front fog lights, exterior mirrors and door handles in the same color as the bodywork, a multifunction display panel, a multifunction steering wheel and a height-adjustable driver’s seat. Additional optional extras for the Comfortline include leather upholstery, ‘ a front armrest between the seats and a drawer under the driver for loose goods, a removable drawbar, and a more sophisticated sound system that gives the driver access to cell phone applications.

The Highline also gets a multifunction steering wheel with aluminum inserts, sixteen-inch alloy wheels, and the safety package that is optional for the other models. In addition, it also has a temporary spare wheel instead of the full-size spare wheel with which the rest of the range is equipped.

The flagship of the range is the GT, which features front sports seats, a pressure wing on the hatch door, lowered suspension, alloy pedals, GT badges on the grille, a sporty chrome-finished exhaust pipe and speed control.

The Polo Vivo is backed by a three-year or 120,000 km warranty and a six-year anti-corrosion warranty. Various service or maintenance plans are available at extra cost.